Distinguished international scholars in the field of architectural history will visit the Faculty of Architecture, Building and Planning and deliver a public lecture as part of a new Fellowship created in recognition of renowned architectural historian Professor Miles Lewis AM. The Miles Lewis Fellowship has been made possible by the generous support of the Vera Moore Foundation

The  Miles Lewis Fellowship will support in perpetuity a series of annual or biennial fellowships for visiting scholars or practitioners in a field concerning architectural history, including; architectural and industrial archaeology but excluding art history, conservation, architectural theory or current architecture.

Professor Miles Lewis is an architectural historian specialising in the interaction of technology and culture – in how technical developments are accepted or modified, in the dynamics of vernacular architecture, and in the effects of environmental constraints.  His research in these areas has embraced topics such as the international spread of lehmwickel, the evolution of the bark roof, prefabrication in the nineteenth century, iron lighthouses, and the prehistory of doors and locks.  His book Architectura was published internationally in 2009 in five languages, uniquely for an Australian work in this field.

Lewis is an honorary life member of the Comité International d’Architecture Vernaculaire (CIAV), has been a UNESCO referee for about twenty World Heritage sites, and has delivered public or invited lectures in Al Ain, Cambridge, Chicago, Christchurch, Glasgow, Nicosia, Santiago, Tabriz, Valencia and Zagreb. About six hundred items from his collection of books on the history of building technology have been scanned and made publicly available through the Building Technology Heritage Library (USA).

The Fellowship funds travel to and from Australia, a professorial salary for a period between three weeks and three months, and other appoved expenses. The Fellow undertakes to deliver the Miles Lewis Oration, and to engage in an agreed program of research, teaching, or other activities.

The Miles Lewis Fellowship is by invitation only, though expression of interest may be sent to Theo Blankley at theo.blankley@unimelb.edu.au. A Fellow is appointed by the Dean on advice of a Committee including representatives of the Faculty of Architecture, Building and Planning; the Society of Architectural Historians, Australia and New Zealand; and the Vera Moore Foundation.

Recipients of the Miles Lewis Fellowship

His research specialty, history and theory of Victoria architecture, is interspersed with studies in architecture and empire, national identity and its relationship to the broader built environment, and religious architecture (particularly Anglican and Nonconformist cultures in Britain and its 19th c. colonies).

Dr Alex Bremner joins the Melbourne School of Design and ACAHUCH for the inaugural Miles Lewis Oration in 2022.

Dr Rosemary Hill is a writer, historian and independent scholar with an interest in biography, material culture and the connections between them.

She has written two prize-winning books: God’s Architect, a life of the Gothic Revival architect, A W N Pugin and Stonehenge, a history of one of Britain’s greatest and least understood monuments. Her last book, Unicorn: The Poetry of Angela Carter, was published in 2015.  She is currently completing a study of antiquarianism in the Romantic period.

She is a fellow of the Royal Society of Literature and the Society of Antiquaries, a member of English Heritage's Blue Plaques Panel, a trustee of the Pugin Society and a Quondam fellow of All Souls College, Oxford.

Dr Rosemary Hill will be the Miles Lewis Fellow for 2023.

The Miles Lewis Fellowship has been made possible by the generous support of the Vera Moore Foundation, in recognition of the esteemed career of Professor Miles Lewis AM. 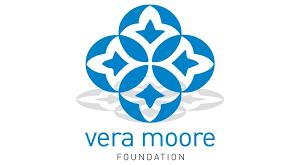