Please join us in the Japanese Room Foyer, Level 4 Melbourne School of Design at 5:30pm for refreshment and drinks prior to the commencement of the book launch.

Combining approaches from reception studies and historical musicology, this book demonstrates how the representation of music at exhibitions drew the press and public into debates about music’s role in society.

International exhibitions were among the most significant cultural phenomena of the late nineteenth century. These vast events aimed to illustrate, through displays of physical objects, the full spectrum of the world’s achievements, from industry and manufacturing, to art and design. But exhibitions were not just visual spaces. Music was ever present, as a fundamental part of these events’ sonic landscape, and integral to the visitor experience.

This book explores music at international exhibitions held in Australia, India, and the United Kingdom during the 1880s. At these exhibitions, music was codifed, ordered, and all-round ‘exhibited’ in manifold ways. Displays of physical instruments from the past and present were accompanied by performances intended to educate or to entertain, while music was heard at exhibitors’ stands, in concert halls, and in the pleasure gardens that surrounded the exhibition buildings. Music was depicted as a symbol of human artistic achievement, or employed for commercial ends. At times it was presented in nationalist terms, at others as a marker of universalism. This book argues, by interrogating the multiple ways that music was used, experienced, and represented, that exhibitions can demonstrate in microcosm many of the broader musical traditions, purposes, arguments, and anxieties of the day. Its nine chapters focus on sociocultural themes, covering issues of race, class, public education, economics, and entertainment in the context of music, tracing these through the networks of communication that existed within the British Empire at the time.

Dr Sarah Kirby is the Museums & Collections' Grainger Fellow at the University of Melbourne. A recent doctoral graduate of the University of Melbourne, she has published variously on Australian and British music history, women in music, and music in museum culture, and her first monograph, Exhibitions, Music and the British Empire is out now with Boydell & Brewer. She is the associate editor of Musicology Australia, and the 2022 Nancy Keesing Fellow at the State Library of NSW, with a project on the Sydney branch of the British and International Music Society and inter-war internationalism. 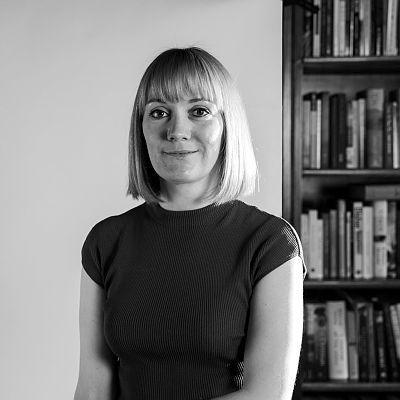