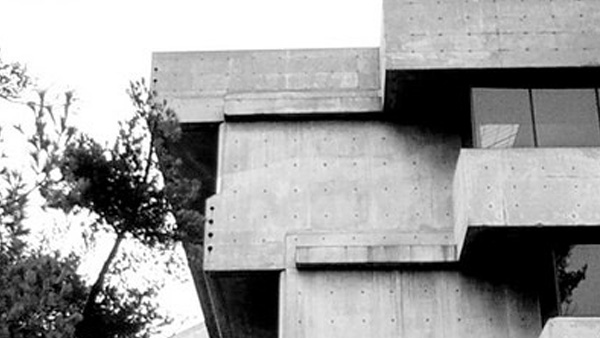 John Andrews is one of the country's most significant architects - an international star of late Modernism, who forged a prominent career and reputation in Canada in the 1960s and 70s before returning to Australia. The line-up of international and local speakers includes Mary Lou Lobsinger (University of Toronto), Professor Philip Goad and Professor Paul Walker.

This unique Symposium brings together archtiects who worked in Andrews' offices who will discusss their experiences of how the practice worked and managed its extremely ambitious designs. Presentations by critics and scholars who have been important in assessing John Andrews' work will also feature in the Symposium. John Andrews will provide a personal overview of his significant built and unbuilt projects.

To launch the event, Mary Lou Lobsinger, University of Toronto, will present a free public lecture on 19 October on Scarborough College and the international context of Andrews' Canadian work.

Andrews's work is characterised by its rigorous approach both to planning, construction process and materiality, and reflects the optimism and expanding opportunities of Canada and Australia in the 1960s and 1970s.

After completing a Bachelor of Architecture at the University of Sydney in 1956, Andrews completed a Master of Architecture at Harvard's prestigious GSD under José Luis Sert. He placed second in the 1958 international competition for the Toronto City Hall, and was recruited to assist in the realisation of the winning design by Finnish architect Viljo Revell. He formed John Andrews Architects in Toronto in 1961, and went on to complete a range of significant projects in Canada and the US, including Scarborough College for the University of Toronto (1965) and Gund Hall for the GSD at Harvard (1972).  In 1969, Andrews was invited to design the Cameron Offices in Canberra, and in 1972 established the firm of John Andrews International in Palm Beach, Sydney. The firm built important projects in most of Australia’s capital cities.

WELCOME
9:30am
Paul Walker
Welcome and outline of the research project