A development proposal for the Jolimont railyards has the potential to be one of the biggest planning mistakes in Melbourne in a generation.

The proposed $2 billion Treasury Square at the end of Spring Street has slipped under the radar. It is facilitated by the Victorian government and VicTrack, and if built would compromise the south-eastern edge of the CBD. 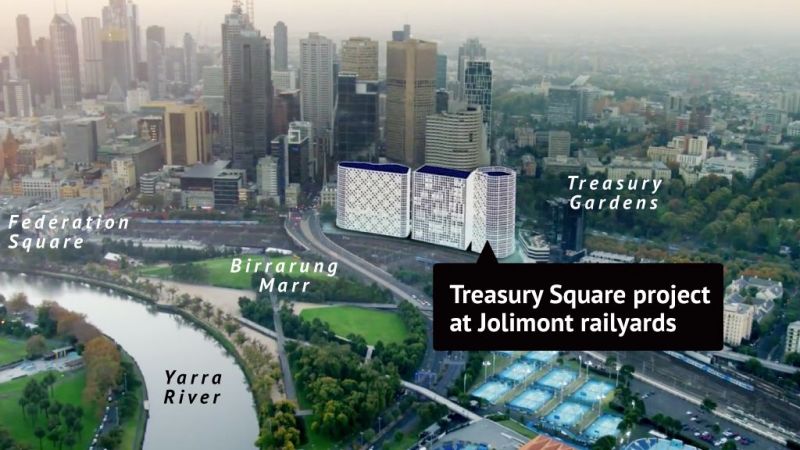 In 1929, Melbourne engineer Jas Alex Smith warned against the "danger of speculator control" of the Jolimont railyards: an area equivalent in land of that between Collins, Spencer, Flinders and Spring streets.

Dr Lesh notes the implications of this development and the similarities to other ill-fated redevelopments along the Yarra such as the Gas and Fuel Corporation Headquarters, completed in 1967, that detrimentally impacted view corridors, sight lines, adjacent architecture and the cities' connection to the river.