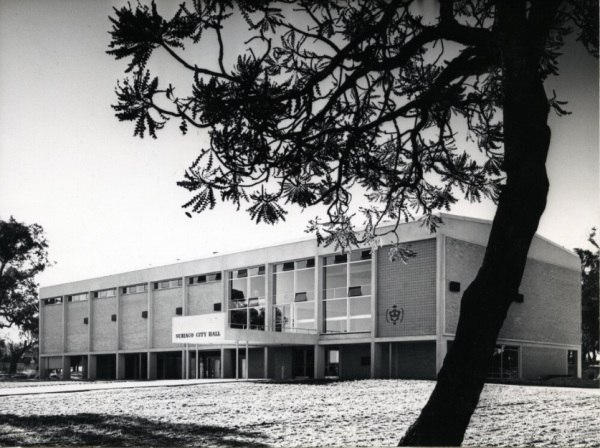 Hosted by The Society of Architectural Historians Great Britain, this seminar, featuring ACAHUCH member Andrey Murray, is part of SAHGB's series co-supported by the Institute of Historical Research and organised in collaboration with the Oxford Architectural History Seminar.

This seminar paper will discuss the movements of architects between Western Australia and Britain in the 1950s. A synopsis of the seminar:

In 1953 three graduates from the newly formed architectural course at the Perth Technical College set sail for London, embarking on a two-year working holiday. John White, Ray Leunig and John Duncan made the three-week journey by ship through Colombo, Aden, and Port Said before disembarking in Naples. Making their way up to Rome, they bought a battered old Mercedes and slowly headed to London. Here the trio found accommodation in a terrace house in Earls Court before arriving at the Architectural Association where they were provided with a list of job vacancies and employment opportunities which they quickly took up. The journey that White, Leunig and Duncan took was replicated dozens of times as young architectural graduates from Western Australia followed the ‘well-trodden path’ to London. This was a tradition that began in the early 1930s and reached its peak in the 1950s, where it became so entrenched that it was colloquially known amongst students as the ‘sixth year of the course’.  But it was not just students going to London for working holidays. The 1950s saw a significant number of British architects emigrating to Western Australia, where they were able to set up their own practices and assume teaching positions within the Technical College. This paper charts some of the people that undertook these journeys and the nature of this exchange which occurred between Britain and Western Australia. It looks at the imperial systems which enabled this network to flourish and the effect this had on the local profession.

Andrew Murray is a PhD candidate at the University of Melbourne within the faculty of Architecture, Building and Planning.  His thesis looks at the personal and professional networks which operated between Britain and Western Australia between 1930-1960. He is the current recipient of the David Saunders Founder’s Grant awarded through the Society of Architectural Historians Australia and New Zealand (SAHANZ)