The objects in the Ironmongery collection range from bell cranks to ornamental iron used in balconies and friezes.

So now we're turning to some aspects of ironmongery and this object here is a belt crank. It's a bit hard to explain this but, when you ring the doorbell in the 19th-century house it's a physical pull of the bell and it pulls a wire and the wire has to go up next to the door, up to the roof, up to the ceiling level and across and then down to wherever the bell is going to ring, so it changes direction three or four times. 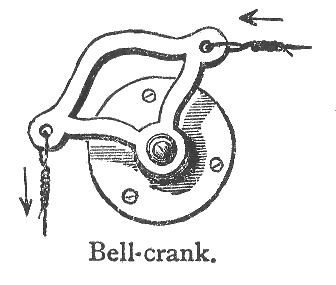 Each time it changes direction it passes through over one of these, the wire is fixed to either end of this and it rotates, so a pull say downward will be translated into a pull horizontally above it, and it can go as I say through three or four of those before it reaches the actual bell. That's from a doorbell but when you have servants bells throughout the house, you have to have a number of these bells, they have to ring different times so the servant can tell which room they're they're from, so you have a billboard at the back and a whole row of bells and the noise tells you which room it is and sometimes the continued vibration of the bell also. So if the servant gets there too late and forgets they can look at the bell board and see one bell's still vibrating. 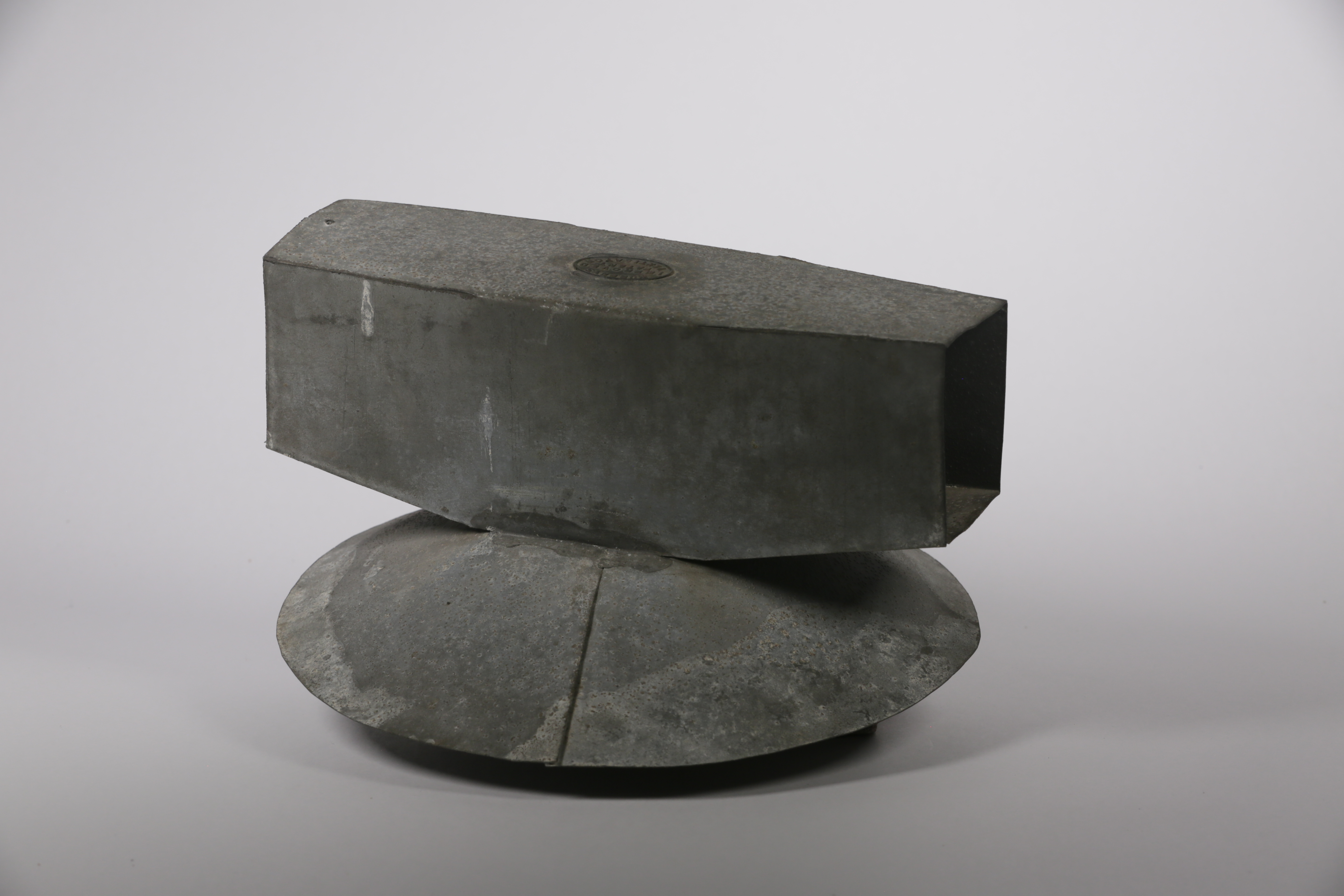 This next I have here is a vent, now typically in a 19th-century room you have a gaslight and the gas produces a lot of water vapour and indeed combustion products, so you get around the ceiling the stain off where the water vapour is condensed through the surface and leave a mark, so you tend to have a vent over a gas fitting, and this is what this is for.

This would be in the ceiling and there'd be an open vent through the plasterwork or the ceiling rose below so the air could get into here, when it gets into the seating spatial the roof space if there's any draft there's a risk of the air blowing back down and the vent not working, so what this one has here is a tube across the top inside which is a little pivoting V shape. If the wind and the roof space is going say into here it will close the V on one side and open the other and the air is sucked out the piston tube effect means that passing air will suck the air out here so whichever way the wind is blowing in the roof, either way, it'll still be sucking the air out from the room below.

This was a patent by a local man who originally made plaster ceiling roses Murphy of Sandridge or Port Melbourne and his brand is on the top of this vent.

Much more fully to us is typical ornamental cast iron used in balconies and freezes, and often, this can be identified by markings on the back it will often have a brand or registration mark. This one hasn't got that and sometimes the technique of casting which over time becomes lighter and often more hollow-backed will tell you the date of this item.

1:  Illustration from 1908 Chambers's Twentieth Century Dictionary. Bell-crank, n. a rectangular lever in the form of a crank, used for changing the direction of bell-wires

3: Section of cast iron veranda frieze, in the design of foliate scrolls. A layer of faded green paint remains on the upper surface.