After the mid-nineteenth century, terracotta roofing tiles were  used widely in Australian buildings.

Now, turning to terracotta roofing, roofing tiles were imported to Australia from the late 1850s onwards from Britain and France, very few of those we don't know very much about what they were like. Tiles were also made locally to a small extent, but it's not until perhaps the 1880s or so, that tiles become very important.

This example here is a Roman pattern so-called it's a traditional pattern with two rolls,  the tile, 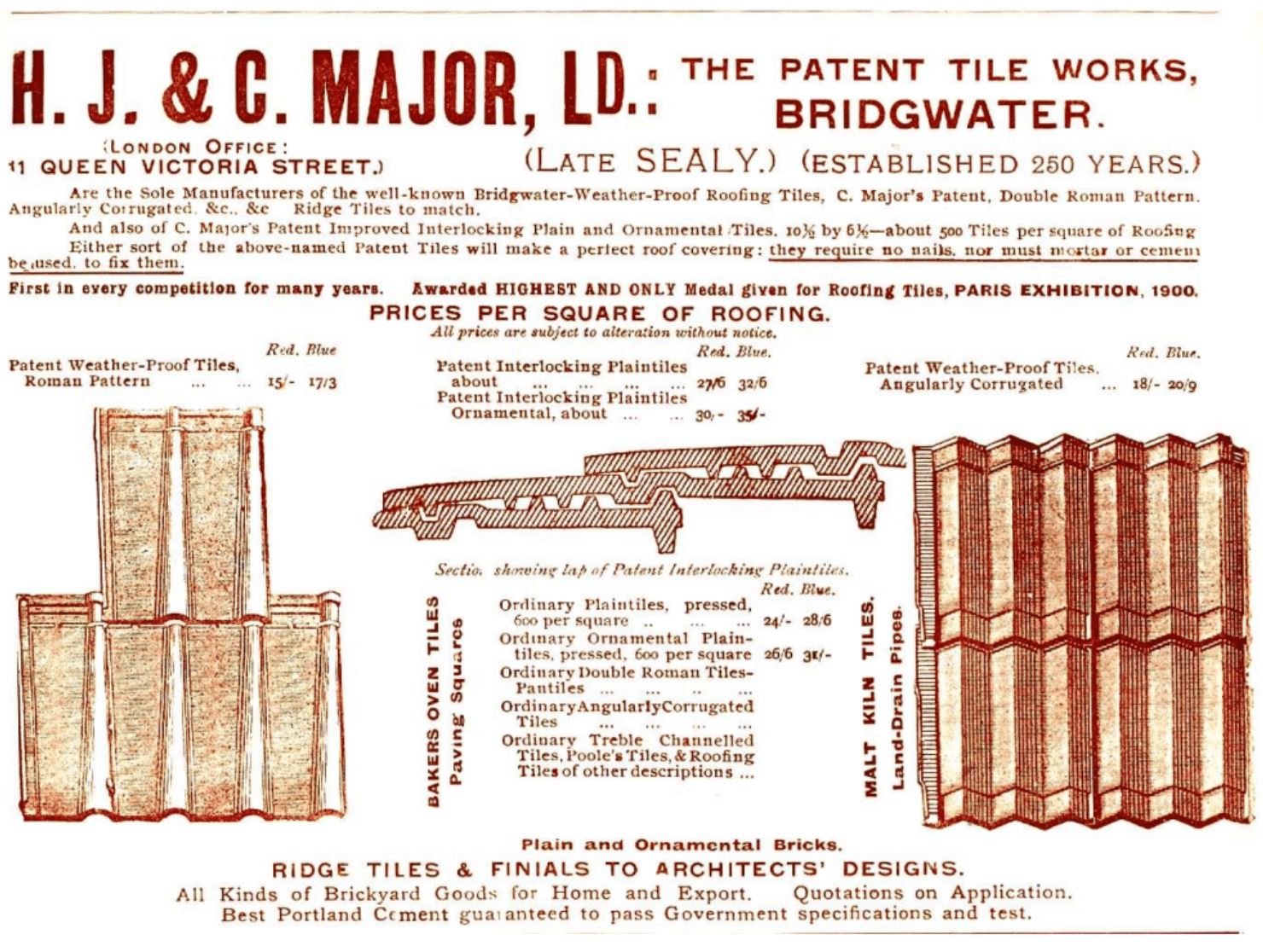 in the width of made by Majors of Bridgewater in England a major manufacturer "pun intended". There is a sophisticated version of the same pattern made by the same maker and the difference is that it's got molding here, so that when you overlap the tiles that seal against the weather and the wind-borne rain cover driven in between the tiles.

Now the importance of this is that once pressing machine was developed for making tiles, and you didn't just make them by hand or extrude them you could put those features in and get a much better seal, and that's the basis of what becomes the important tile in Australia, the Marseille pattern roof tile. The same maker Majors of Bridgewater produced this ridging

which bears the company's brand on it, and this other one here is a locally made poorer quality cheaper ridging. 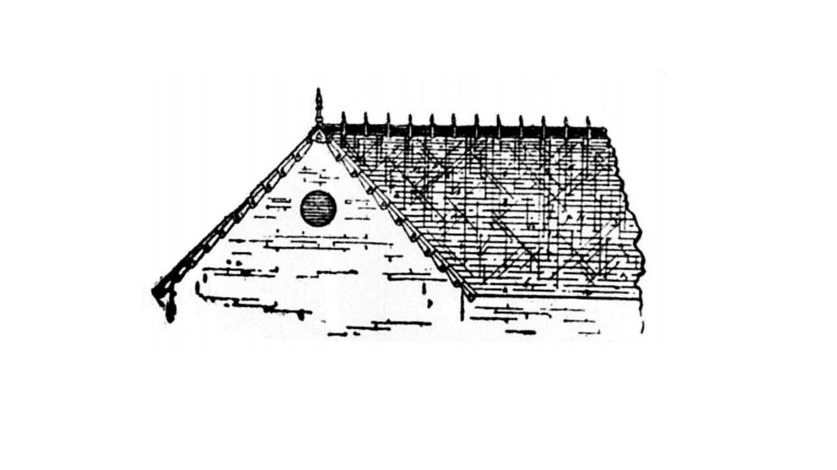 The ridging of course goes on the top of the roof, sealing the tops of the tiles.

3: Sealy of Bridgewater, England branded ridge cresting, crest in the shape of two fish tails, each with pierced circle. Extruded