Apart from ordinary bricks, there are a number of other clay products we deal with, one is a paving tile cream paving tile

and if you turn to the other side of it you see the maker's name on it, which appears to read ‘eye glue’, it's almost certainly John Glew but for some reason, they haven't got a ‘J’ to use on the mold.

This paving tile came from the house of Clement Hodgkinson, the surveyor-general in East Melbourne about 1860. Most paving tiles in the 1850s were imported from mainly Singapore, soft orange paving tiles, these are amongst the first one being made locally. 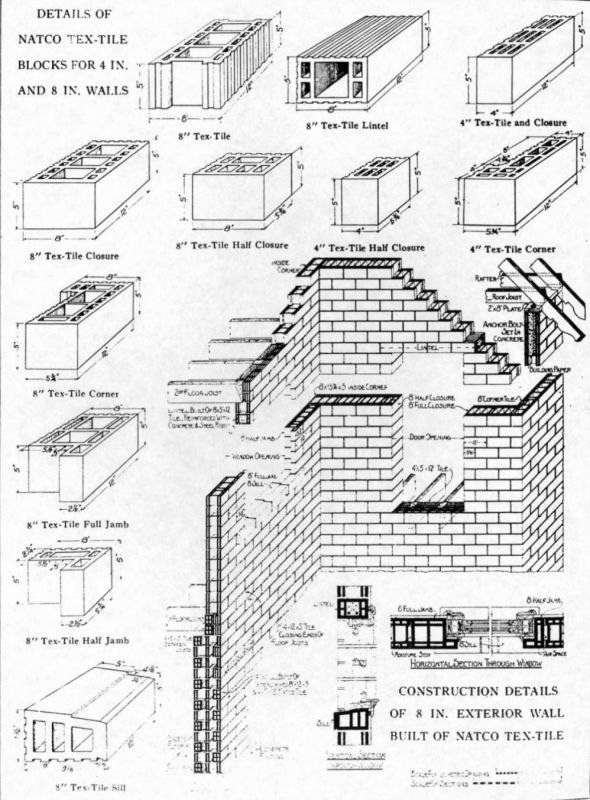 now I described how you extrude a brick terracotta can be extruded in the same way to make blocks and you could build a whole wall partition wall out of a block like this,

and because of the extrusion, you can see the markings where it's been squeezed out of the machine.

These provided relatively lightweight flexible partitions especially in office buildings, but an improvement was to mix sawdust into the clay and the sawdust would burn out and make a very light porous substance which they call terracotta lumber it's an American term in fact some of the first terracotta lumber under the American license was made in Melbourne.

It's very hard to tell it's the same process of extrusion, when you look at the material you find in these spongy apertures where the sawdust was, this one is sort of halfway in between, it has some sawdust but not much. The lightest version of terracotta lumber, you could actually see with an ordinary saw and nail into, so it was used like timber, hence the name terracotta lumber. It came in all sorts of different shapes, this is another one and once again it could be solid terracotta or it could be terracotta lumber, the same look and so on. It's only this section of it that gives you clues to which material it is.

1:  Paving tile impressed with "I. GLEW"

3: Piece of terracotta lumber of rectangular form with two square section holes running through its length.