Curating the Paradoxical Image in Networked Culture: Digital Programme of The Photographers' Gallery (2012-2019) 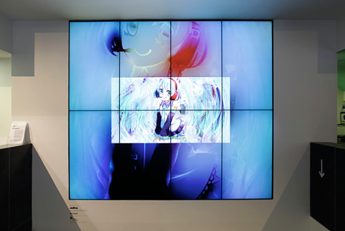 This talk is based upon the Digital Programme of The Photographers’ Gallery London (TPG) over the last seven years. The programme has been based in a highly successful research collaboration between the gallery and The Centre for the Study of the Networked Image at London South Bank University. The talk will illustrate examples of the exhibitions and raise broader questions of what it means to exhibit photography in 21st century network culture and ask whether it is possible to exhibit the Internet. At The Photographers’ Gallery one set of spaces continue to exhibit prints on gallery walls whilst in the entrance and café space images emanate from screens. Are all of these images to still be thought of as photographs? More generally how do we conceptually and practically navigate the expansion of photo(graphic) images in everyday life? When is a photograph not a photograph and when does it become part of the historical archive? The talk argues that there is a need to un-think photography as it has been known and to rethink the boundaries between art, media, society and technology. There is a need for the cultural institutions of modernism, galleries, museums and universities to seriously plug into the network and its users. From the inaugural exhibition of the Media Wall, Born in 1987: The Animated GIF (19 May 2012), nineteen exhibitions have been shown alongside of the main gallery programme. The most recent exhibition, All I Know Is What’s On The Internet, (26 Oct 2018 - 24 Feb 2019) departed from the Wall as a curated gallery exhibition. What happened to the digital and networked image at the gallery over those seven years? This talk aims to tell you.

Andrew Dewdney is a Professor at London South Bank University whose current research focuses upon intersections of art, media and technology. He was the principal investigator of a major national Arts and Humanities Research Council funded project in collaboration with Tate Britain, entitled Tate Encounters: Britishness and Visual Cultures (2007-10). In 2014 he collaborated with Tate and The Royal College of Art looking at Cultural Value and the Digital in the Museum. He is an advisory board member for the peer-reviewed journals Photographies and Philosophy of Photography. He has written, presented and published widely within media and communications and museology.