Now we turn to some special examples. This one is a glazed brick, so the glazing is put on before the brick is burnt, it ends up with a very hard impermeable surface.

You'll find that often certainly in things like public toilets and subways and things but also used on buildings where they were concerned to get the maximum amount of lighting, so in a light well you might have the whole inner cores of the building faced in these bricks to maximise the amount of light penetrating the court, and occasionally on some fashionable department stores, the facade would be done in the same glazed bricks. 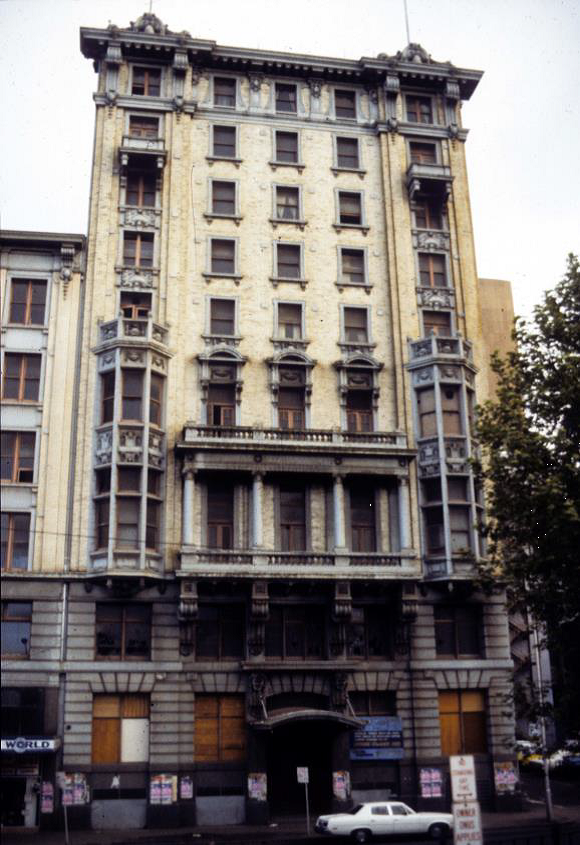 This one is a modern brick, a brick of the 1990s which is modular. It's one foot, 300 millimetres long. It must have been a bit of a disappointment to them when we turned to the metric system and these modular bricks were no longer of any relevance.

Now I need to turn to a very special example, I need to explain first of all that if you wanted to join a piece of timber to a wall: a timber frame, door frame, window frame, cupboard; today you might drill the wall and put in a fixing like a rawl plug. That wasn't so easy in the 19th century, you might either dig into the mortar joint and drive a wedge of timber in and use that to screw into or you might sometimes use what they call a fixing brick. There's a piece of wood, the size of a full brick built into the wall in advance but you had to know of course where the fixing was going to be so you could do that. This was a more sophisticated way of achieving the same thing. This brick has a slightly sloping sort of rebate in it here and if you put two of them together you'll end up with a shape like a dovetail, and have a matching one on that side and you can't pull the piece of timber out.

So this will be built into the wall and can't be pulled out and this piece on the front will be the part of the whatever's to be fixed on, the cupboard or whatever it might be and they made these bricks with the same matching pair of rebates on the ends as well so you can put in vertical fillings as well.

This was Ackrill's patent fixing brick and when you look at the side of the brick you get this marking here which says A & co. patent which is John Ackrill's patent brick. So that's the patentee but on the brick is also on the bottom face is SG, Samuel Glew the brother of John Glew. So he's the actual maker as opposed to the patentee. Now often these marks are very important telling you who the brick maker is.

This one shows the initials JG which stands for John Glew who was a brickmaker in Phillipstown or West Brunswick who made the first what they call fancy white bricks in Melbourne and those bricks were used for example for St. Michael's church. So this is high quality and early example of a cream brick or so-called white brick in Melbourne. 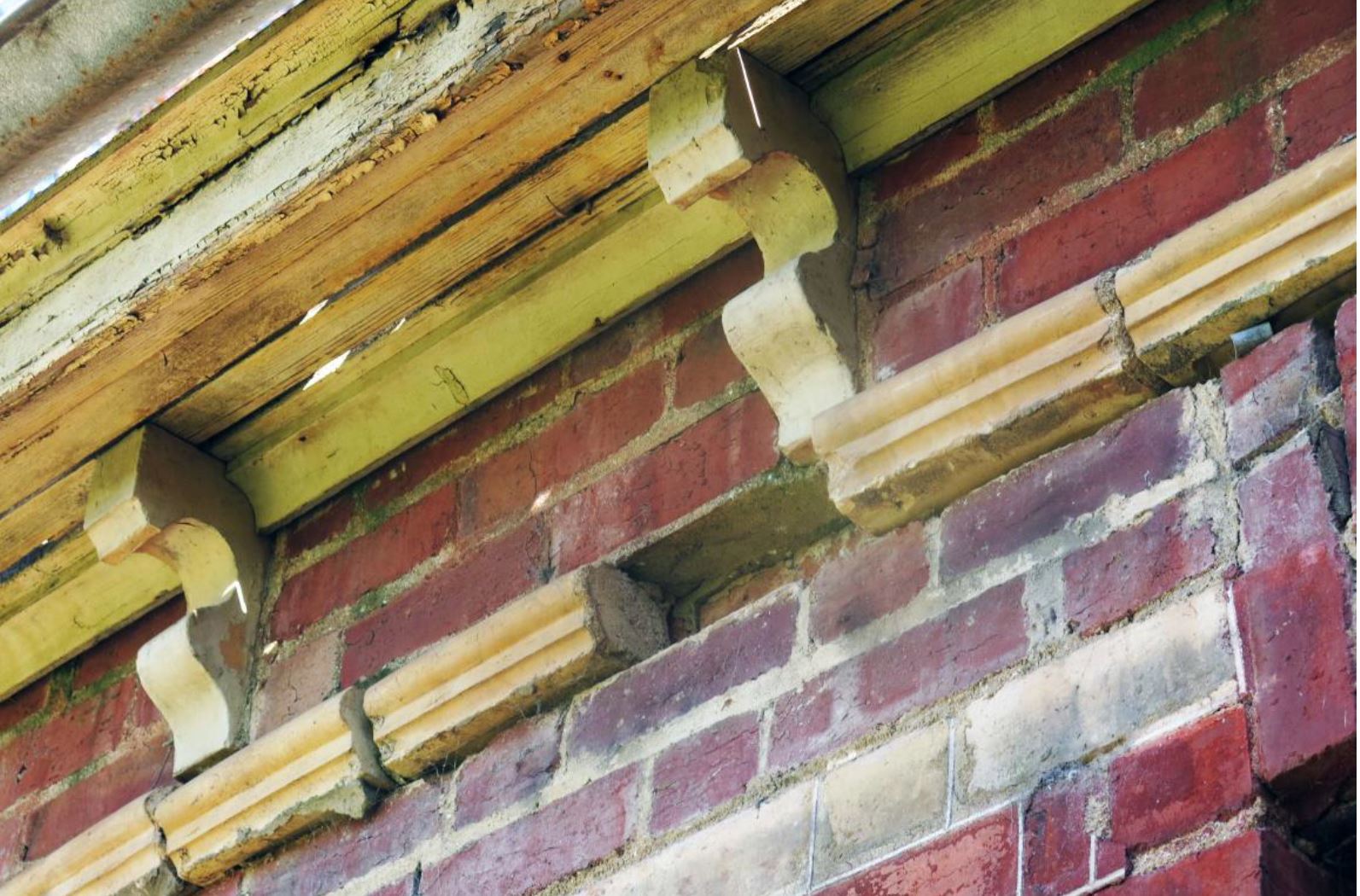 Moulded cream bricks in a string course at the base of the frieze ‘Augholzie’, off McNab’s Rd, Tullamarine, Victoria by A E Duguid, 1889.6

These are examples here, first this one Ramsay which is a Scottish fire brick and this one Darley, and the best fire bricks in Britain were from the what's called the coal measures, the clay in the areas where coal was found and Darley is one of those companies. It's important because the Darley company was copied in Victoria, you get Darley bricks made in Victoria, the name was copied so it can be deceptive.

This is another British Darley fire brick, high grade very hard tough brick but interesting enough the end is sliced off, that, of course, was not done after the brick was made it'd be very hard to do, this was part of the moulding process. They wanted this brick for again probably a cornice so they made this special cutoff shape. This one here is labelled Ordish Dandenong. Now Ordish is one of the British names but this is, in fact, the Ordish company in Victoria which once again copied the English name. So Ordish fire bricks from Dandenong and it's not quite as dense and fine an example. For a long time, quite good fire bricks were made in Melbourne but large numbers were still imported from Britain, especially for a higher grade, a high-temperature oven and that sort of thing.