The 2020 Annual Conference of the Society of Architectural Historians (SAH) was held on 30 April and 1 May as a Virtual Conference due to the COVID-19 situation. The SAHANZ-organised session was entitled “Opposite/Apposite: Exchanges between Australasia and Iberoamerica,” co-chaired by Dr Brett Tippey, Associate Professor of Architecture at Kent State University, and Dr Macarena de la Vega, Postdoctoral Research Fellow at ACAHUCH.

In the image that results from superimposing the map of the world and its opposite (the map of the Antipodes, which will appear at the beginning of the first paper presentation), Australia sits in the middle of the Atlantic Ocean, midway between Europe and Latin America; Melanesia brushes the coast of South America; and New Zealand’s North Island falls directly on Spain’s central plains.  On the surface, the triangulation of Australasia, the Iberian Peninsula and Latin America may appear to be nothing more than an exercise in antipodal coincidences—quite literally opposites.  Nonetheless, this seemingly odd juxtaposition of regions and their Antipodes offers a useful device to investigate the significance of architecture beyond typical geographic limitations and reveals shared experiences that merit formal scholarly exploration. 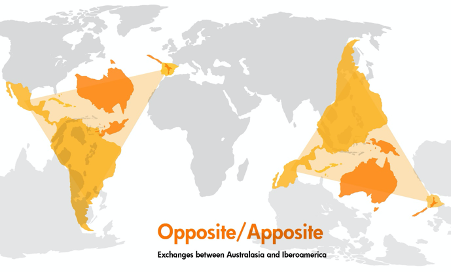 During the years following the Second World War, Australia and New Zealand, and Spain, Portugal and Latin America used architecture and material culture to explore their increasing autonomy from their imperial pasts, new national identity and increasing involvement in international affairs. While Australia and New Zealand developed ties with other nations in the Pacific region, Spain, Portugal and Latin America began to reconsider aspects of their own cultures that had previously served as points of connection. 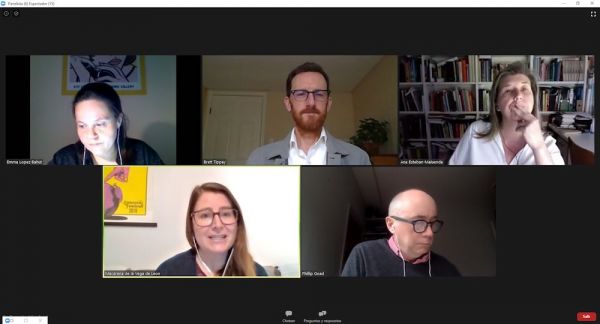 The papers in this session link Australasia with Ibero-America between the end of the Second World War and the inauguration of the Sydney Opera House.  First, Dr. Ana Esteban Maluenda’s paper “Learning from the Opposite: Iberian Journals Glance at Australia” revealed the ways in which the professional journals in mid-twentieth century Spain and Portugal focused attention on Australia as a source of ideas for the modernization of architecture in the Iberian Peninsula during the dictatorships of Francisco Franco and António de Oliveira Salazar.  Then, ACAHUCH’s member Professor Philip Goad and Dr. Emma López Bahut discussed exchanges between Iberoamerica and Australasia as catalysts in the formative phases of two Australian architects. Goad’s paper “New World: Harry Seidler, South America and the Australian City” argues that Seidler’s travels through Brazil and his interactions with Oscar Niemeyer were foundational in Seidler’s adaptation of modern architecture to Australia.  Likewise, in her paper “Glenn Murcutt’s Look at the Architecture of José Antonio Coderch”, López Bahut reveals that Murcutt’s use of the Australian vernacular was fortified by his travels through Spain in 1973 and his interactions with Coderch. 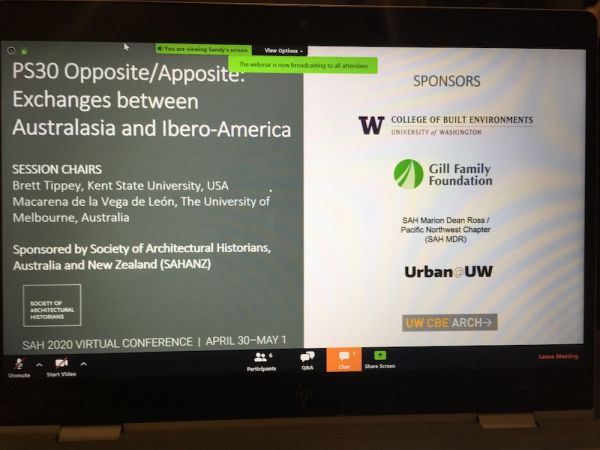 By broadly studying professional journals and providing accounts of specific interpersonal exchanges, these papers highlight more globalising narratives, and posit that deals, models, practices and experts moved fluidly and cross-culturally between Australasia and Ibero-America, thereby bringing these opposite regions into apposition.