From Classroom to Campus: The Heritage of Modern Education 2012 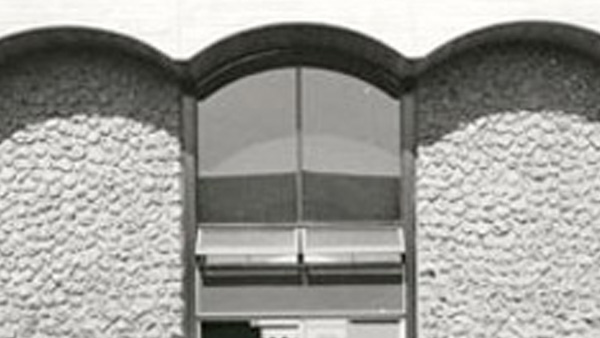 This symposium, which includes public lectures by leading international conservation practitioners, plenary talks by historians and educationalists, as well panel presentations and themed roundtable discussions, will explore the historical documentation, conservation and potential heritage values of once modern and now ageing educational campuses in Australia and around the world.

The event brings together practitioners from heritage, architecture, education, planning and landscape spheres, alongside researchers and policy-makers. Lectures and workshop sessions will encompass broad consideration of heritage values, beyond the aesthetic and stylistic, to include aspects of planning and landscaping, construction, educational reform, along with the social values connected to classroom and campus use and memory. Topics of discussion and debate will include:

Outcomes that will follow from the symposium include providing guidance and advocacy for documentation, heritage and conservation strategies and policies at local community and national levels. Future new directions for the conservation, adaptation and planning of the modern campus will be considered alongside propositions of frameworks for understanding new interventions.

The symposium is co-ordinated by Cameron Logan and Associate Professor Hannah Lewi.

David Fixler is an architect and Principal at EYP and a specialist in working with 20th century architecture. His projects include the rehabilitation of Alvar Aalto’s Baker House at the Massachusetts Institute of Technology (MIT), the United Nations Headquarters in New York, Louis Kahn’s Richards Laboratories at the University of Pennsylvania and other notable institutional modern buildings. A frequent writer on architectural history, theory, preservation and design, David’s work, including the recent Alvar Aalto and America (with Gail Fenske and Stanford Anderson), has been published internationally, and he has organized and spoken at numerous conferences on a wide range of topics. He has lectured at institutions including Harvard and Columbia Universities, MIT, and the Universities of Pennsylvania, Virginia, Maryland and Iowa. David is active in a variety of global professional organizations, including currently serving as Co-Chair of the Association for Preservation Technology’s Technical Committee on Modern Heritage, Preservation Officer of the Society of Architectural Historians, and president of DOCOMOMO-US/ New England.

Learning and legacy – the British experience

Director of Avanti Architects, London 1983 – 2011, now acting as Consultant to the practice. First Chairman of Docomomo-UK 1989-91. Member of English Heritage London Advisory Committee and Designation Review Committee. Over the last 25 years John Allan has led all Avanti’s Modern Movement conservation projects, including buildings by Lubetkin, Lasdun, Goldfinger, Patrick Gwynne, Connell Ward & Lucas, Wells Coates, Maxwell Fry, Chamberlin Powell & Bon and Gollins Melvin Ward. He has acted as Conservation Consultant on Wembley Arena, The Midland Hotel Morecambe, The Senate House, University of London and St. Peter’s Seminary, Cardross. He is author of the Listed Building Management Guidelines for the Barbican, Golden Lane Estate and University of Leeds. He is also author of the biography of Berthold Lubetkin, first published in 1992, and re-issued in 2nd edition this year. He is visiting Professor in the Conservation Masters course at Sheffield University, and has taught at New York University, London base.

The realisation of campuses at all educational levels was central to the process of modernisation in Australia throughout the 20th century. Many school and university campuses – as collections of institutional buildings sited in consciously landscaped and defined spaces – vividly illustrate innovative ideas and models in Australian architecture, planning, education and landscape design. At the beginning of the 21st century, however, schools and universities are being rapidly transformed by changing educational expectations and political priorities. As a result, some of the legacies of modern design and educational use are fast disappearing.

In 1997 the architectural commentator Robert Maxwell wrote of his amazement at how many examples of modern construction are now at risk of falling down or being demolished because of physical defects, real and perceived. Looking at university buildings in particular Jon Buono has recently noted that “the persistent demand for state-of-the-art facilities” has encouraged the perception among decision-makers that most overtly modernist buildings on campuses are irrevocably outmoded. In the face of this clamour for state-of-the -art facilities Maxwell has bravely suggested that if there is overall merit in conservation we should embrace perceived “defects”. Conservation should not be seen as an apathetic, economic alternative to replacement, but rather as a deliberate way of recognising and understanding modern architecture’s “value as a record of a quest, as part of a historical and cultural development that is crucial to our own identity”.

In both design and education the twentieth century witnessed examples of optimism, experimentation and social idealism that still possess surprising currency but can also now appear misguided or naive. To understand and enjoy the spatial and social qualities that inhere in that legacy demands careful consideration of what was intended and how it was understood and used. Moreover, the best campus environments and educational buildings demand to be carefully conserved even if keeping them involves embracing some defects.

The symposium and workshop is supported by the Australian Research Council funded project ‘Designing Australian Schools‘. This project, based at The University of Melbourne, is a broad interdisciplinary study of the intersections between the histories of design innovation, pedagogical ideology and practice, and social and technological change. The symposium is also part of the series of events being hosted by the Faculty of Architecture, Building and Planning under the banner of “New Prospects in Heritage + Conservation” that aims to open new and interesting ways of thinking about heritage teaching and research. Other supporters include the Heritage Council of Victoria, The Macgeorge Bequest, Docomomo Australia, and APT’s Australasia Chapter.