Portable Buildings in Australia with Miles Lewis, presented by the Royal Historical Society of Victoria 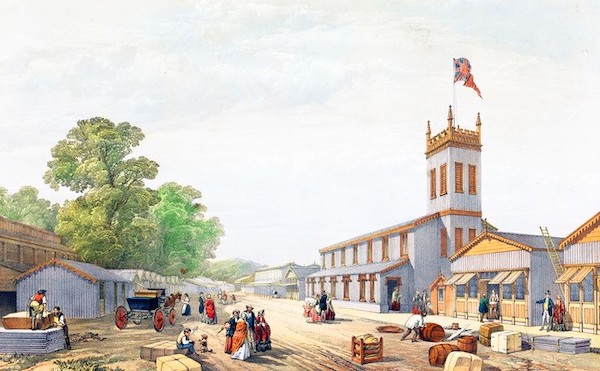 The Royal Historical Society of Victoria is presenting this event in partnership with Engineering Heritage Victoria.

Portable buildings, today referred to as prefabricated, were imported in larger numbers to Australia than to any other part of the world during the nineteenth century. They were made not merely of timber and iron, but of oilcloth, slate, zinc, papier mâché, and ‘portable brick’.  More also survive in Australia than anywhere else, though not of those more ephemeral materials. They range through iron lighthouses, cottages of ‘teak’ from Singapore, German glazed conservatories, plate iron fronted buildings from Glasgow, and redwood houses from California. Many are of the greatest technical interest, and in few cases do any examples survive in the country of origin.  For these reasons it has been proposed that they should be nominated as a group for World Heritage Listing.  This presentation will sample these various types, concentrating on those which survive today.

Please note that, should lockdown continue until 5th of August, that this event will be delivered via Zoom and all attendees will be sent the Zoom details, otherwise, the event will be located at RHSV, Gallery Downstairs, 239 A'Beckett Street Melbourne.

Miles Lewis, AM FAHA, is an architectural historian specialising in the interaction between technology and culture in areas such as vernacular architecture and prefabrication, and in technical innovation generally.  He edited the international text Architectura, and has this year published a book, Architectural Drawings: Collecting in Australia. He is an emeritus professor of the University of Melbourne, and currently a member of the Portable Buildings World Heritage Nomination Task Force.

Professor Charles Sowerwine who is also on the Portable Buildings World Heritage Nomination Task Force and chairs the RHSV Heritage Committee will chair the evening.